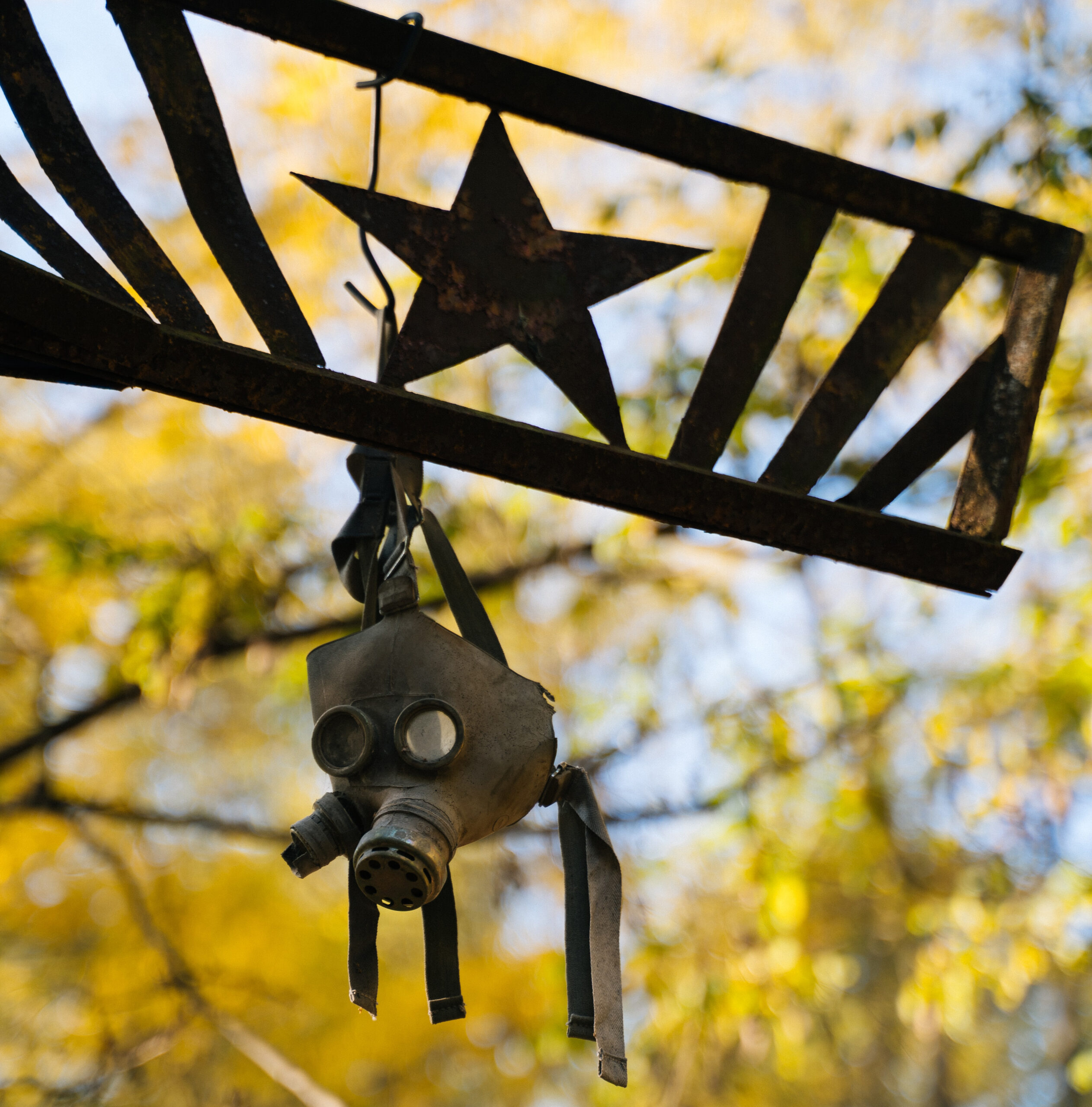 The morning of April 26, 1986 would make an obscure city in the Ukrainian Soviet Socialist Republic the center of the world’s attention. At 1:21 a.m., reactor number four of the Chernobyl Nuclear Power Plant exploded, releasing large amounts of radioactive material into the environment.  For the next ten days, radiation spread from the plant to the surrounding areas and across the globe.

Communist party and other U.S.S.R government officials attempted to suppress the level of devastation wrought by the explosion during the immediate aftermath. Consequently, plant workers and citizens of the nearby town of Pripyat (populated largely of plant staff and their families) continued about their daily routines, and many unknowingly exposed themselves to massive amounts of harmful radiation.  The following efforts to contain the disaster, the so-called battle of Chernobyl, have been well documented in works like the 1996 documentary The Battle of Chernobyl; Adam Higginbotham’s gripping 2019 book, Midnight in Chernobyl: The Untold Story of the World’s Greatest Nuclear Disaster; and on the popular level, HBO’s excellent (if not reductionistic) miniseries, Chernobyl.

I visited the southern Belarusian city of Gomel in July of 1996, 10 years after the Chernobyl explosion.  Gomel is just over 100km from Chernobyl, and as I was preparing to go there, one travel guide I consulted at the time said that a week’s stay in Gomel was “equal to a chest x-ray.”  I don’t know if that was true, but it was enough for me to breathe easy in the knowledge that I was only staying three days.

What about the half-million people who lived there?  While the city did receive radiation from the Chernobyl disaster, reactions to it by the people were mixed.  Every summer, many of the children of the city were sent off to places like Western Europe and the United States in efforts organized by groups like Children of Chernobyl International.  The thought was – and still is – to let children spend time in areas away from radiation to breathe fresh air for a while.

As the residential evacuation of the areas surrounding Chernobyl was underway, 86,000 heads of cattle were also moved out.  Zhores A. Medvedev wrote in The Legacy of Chernobyl that, “Some of them contained so much radioactivity (particularly iodine-131) that it was easier to slaughter them than to wait for a decline in radioactivity.”  The presence of iodine in the cattle prompted a blanket ban on the sale of dairy products in Kiev, Gomel, Chernigov, and several other regions.  This ban was in effect for one year but only covered market sale of the goods.  It had no effect on rural areas and families with farms who got their milk from their own cows.  As Medvedev put it, “Despite active centralized help, the contaminated areas were left to heal their wounds with the help of local means.  Many officials probably thought that time and Mother Nature would improve the situation in the long term.  Waiting for better times may not be the optimal solution, but it is certainly the easiest and cheapest.”

The locals I met in Gomel told me that they typically had avoided local produce, but were beginning to consume them after a decade, given the more affordable cost. With little money, and already living in a contaminated city, why not just buy the local food rather than the expensive imported food?  Many expected to develop thyroid cancer in the next few years anyway.  Fatigue, and by some measure necessity, caused them to give up – even when the half-lives of the radionuclides in the surrounding soils told a different story.

The disaster that happened 34 years ago in Ukraine can be instructive for us today under a much different, but in many ways quite similar disaster.  COVID-19 is, like the radiation emanating from reactor number four, a silent and invisible pathogen.  Most of us in the masses know little about it, and the lack of scientific consensus confuses everyone.

The numbers are all over the place with COVID-19.  For Chernobyl, the official death count remains 31, but few believe it’s really that low given the high numbers of people who were exposed during containment.  The Chernobyl disaster was the picture of a communist cover-up.  The jury’s still out on exactly what the communist Chinese government did or didn’t do in initial reporting on COVID-19, but it’s beginning to look familiar.

Nobody has dealt with a pandemic of this scale before, just like nobody had dealt with a nuclear disaster of Chernobyl’s scale.  Long ago, the biblical “Preacher” wrote, “What has been is what will be, and what has been done is what will be done, and there is nothing new under the sun.” (Ecclesiastes 1:9, ESV).  And whatever commonalities our two disasters have, the most striking is that we humans are left simply to respond.  They remind us all too well that we are not in control.