If you judge your world on the basis of images, reality can be a fuzzy thing. The old maxim, “a picture is worth a thousand words” doesn’t always apply in an age where a picture can have a thousand altered pixels.

The other day a mailing arrived from my Kentucky State Representative. It was a standard constituency mailing that included a survey of issues, a letter, and the refrigerator magnet/calendar below: 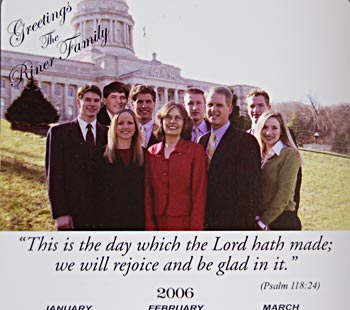 In the letter, the Representative tells of how he reimburses the state each year from his own pocket for office supplies. On its own, it’s a noble gesture — it saves the taxpayer the price of $20 staplers and the like, and I hope he continues the practice. The letter did not say, however, whether or not he paid for his own Photoshop work for his family photo. If he did, he paid too much. 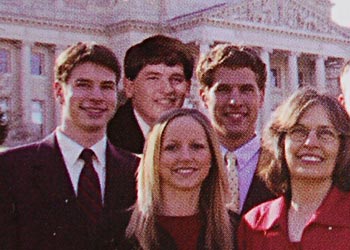 Notice how one of the Rep.’s children (I presume) seems to absorb the light rather than reflect it like the rest of the gang. It’s a classic example of a Photoshop job gone awry (it’s even more noticeable on the calendar itself).

When I was in college, I missed driving back home for a church directory photo to stay and watch a Tennessee football game. My mother didn’t think that was such a good excuse, and she might have even had me Photoshopped into the picture if the technology was available. I paid for that one for quite a while, and may have even been slighted a piece of pumpkin pie that Thanksgiving.

My guess is that this kid was unavailable for the family photo, so someone thought it wise to make it appear as if he were there. While this isn’t that big a deal in the grand scheme of politics, it does belie the fact that we think it so easy today to create our own alternate realities. Why not just put his photo in an inset? It seems that here, as in many other venues, the appearance of order trumps reality.

Since one bad Photoshop deserves another, I thought I’d offer the family something to draw the attention away from their Photoshopped son: 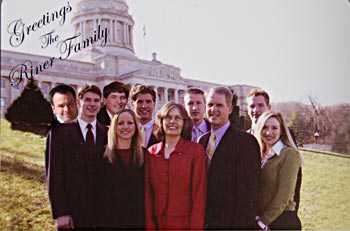